Thank you for this.

Now back to your issue: What version of MB are you using (Help > About) and did you use the Store, Installer, or Portable version?

My version is 3.3.7165, downloaded from the website only a couple of weeks ago. It seems to be working now. I think I was just thrown by the way it's set up. It wasn't immediately obvious what I was supposed to do.
2

« on: November 16, 2019, 07:20:52 PM »
OK. So I just pressed Stop. Then the Preview button became available, as it were, so I pressed it and the list filled with tracks. Then I pressed the Start DJ button that magically appeared where the Stop button had been. I'm no tech wizard, as I said, so I was just experimenting and accidentally hit upon this..... I had no idea the Start DJ button would be concealed behind the Stop button. Perhaps not the most intuitive feature. But hey ho, we'll see if it works. Thanks for your help. I'll be back on here if I hear the Wombles again

« on: November 16, 2019, 07:11:51 PM »
As you can see, the Preview option is blanked out. I can't press it. There is also no Start DJ button that I can see. I realise that nobody else has reported this problem as I did search to make sure it hadn't already been solved. But I do have this problem. 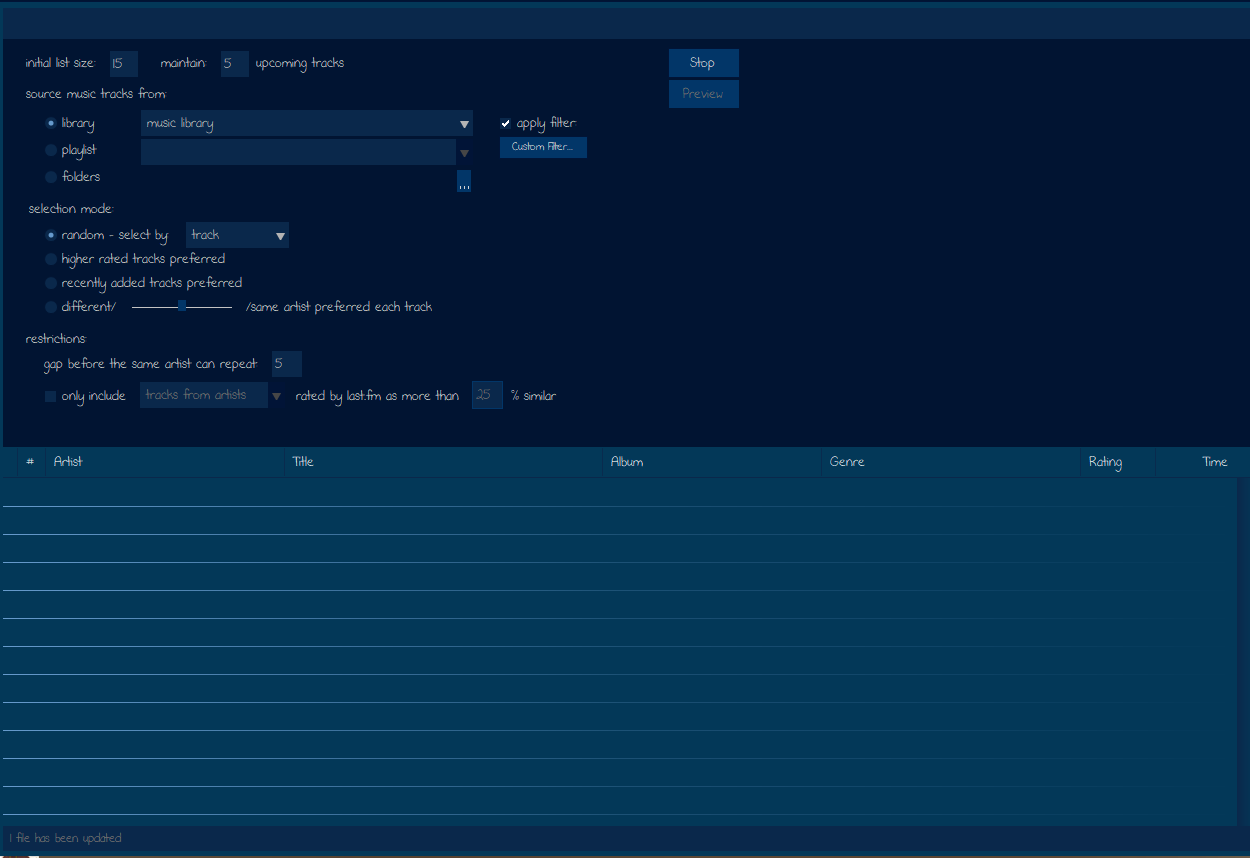 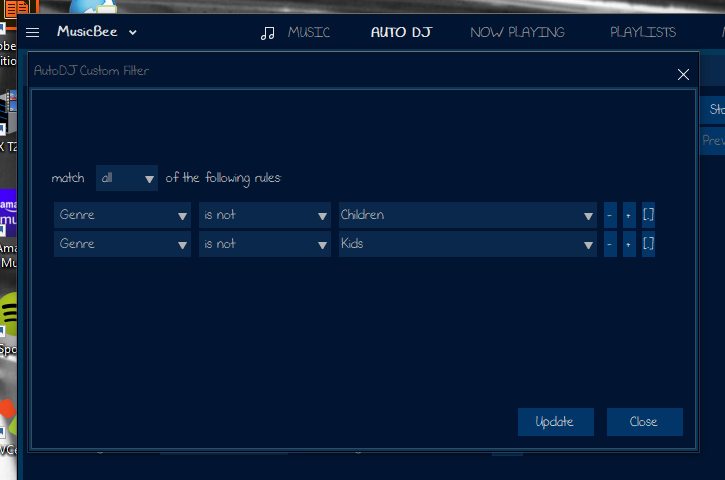 I don't think this worked the first time

« on: November 16, 2019, 04:03:44 PM »
I like Auto DJ. It has "rediscovered" some of my old tracks that I hadn't played in ages. However, I want to be able to tell it not to play certain genres, such as kids' songs for example, which are on my hard drive because, well, I have kids! I also want it not to repeat the same artist too frequently. I know how to do it (I'm not much of a technical whizz but I can manage that much). So I do it, and it ignores me. Every now and again I get Thomas the Tank Engine or Shawn the Sheep. I also get 2, sometimes even 3 tracks from the same artist in a row. It's simply ignoring the filters. And when I shut MB down and reopen it (usually another day) it has deleted the number of tracks for the repeat and replaced it with zero. It also unticks the filter box. There appears to be no "save" button. Might this be a problem?

If anyone has any ideas how to fix this it would be much appreciated.
Pages: 1