Code
And used it on the left side Thumbnails, combining them without changing the Album Artist in the data 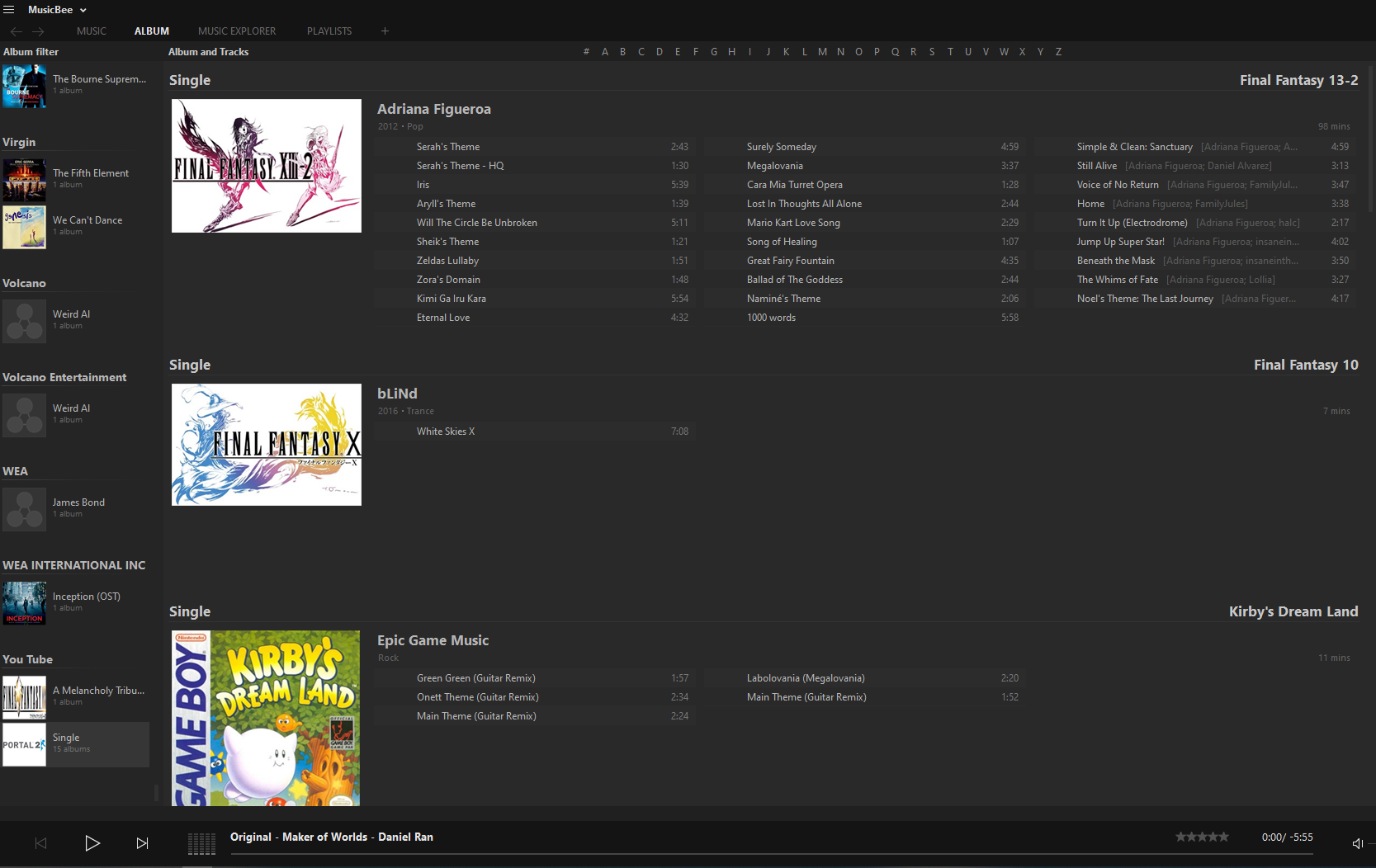 « on: January 14, 2020, 04:18:07 AM »
Hi, I have a lot of individual singles from different artists. I Group by publisher and Sort by Album, but since they each have different Artist, they are shown has different Album. Is there a way in the virtual tags to unite them under a single album? All the albums are Called "Single" so I think I could filter them like that, but I don't know how. Or could the Custom sorting do something?
Photo provided for context example. Also, I don't care that the thumbnail wouldn't match the album. 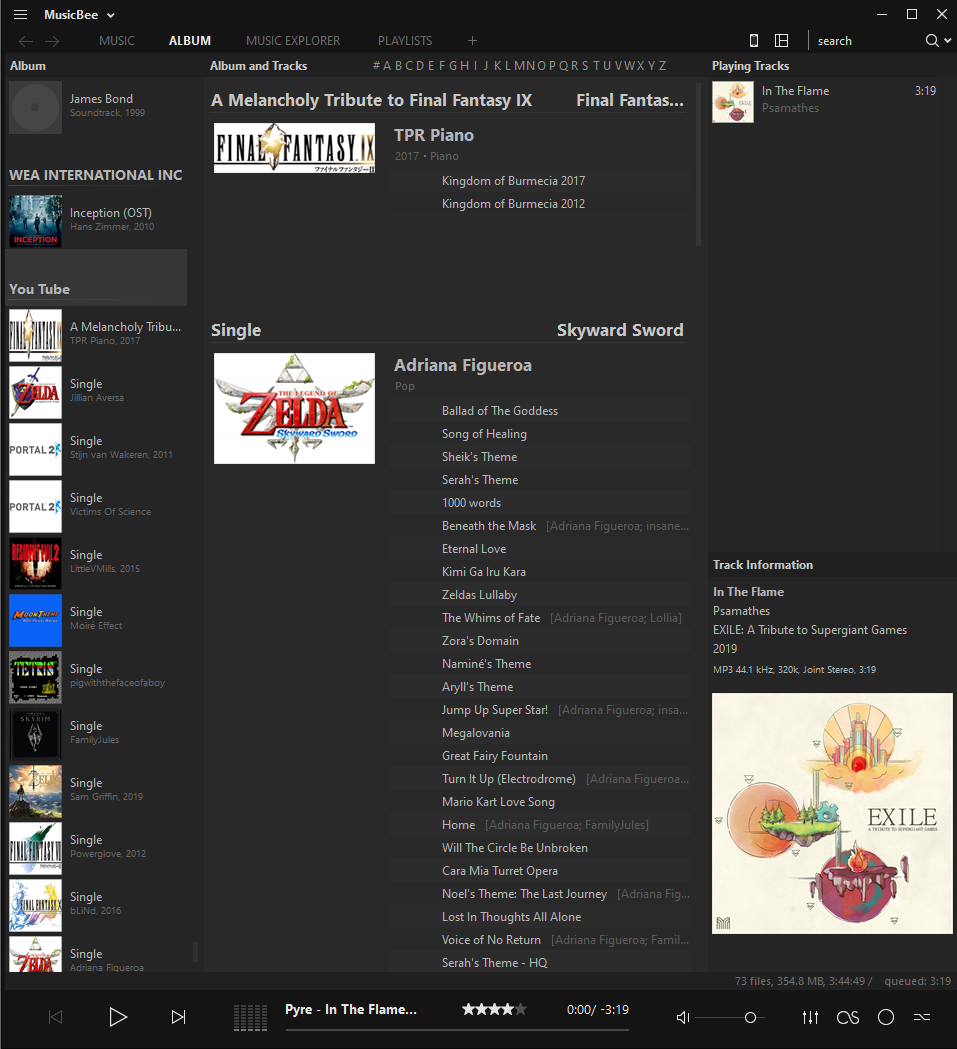 « on: August 03, 2019, 06:41:04 PM »
As discussed in this question post, I would like to choose custom Thumbnails artwork for custom tags I created. But the current limitation is only to the 7 basic tags.

Ah, OK.  Now that I've set up a custom tag and am trying this I'm seeing the problem. This method works for the 7 listed tags, but not for "other" tags or custom tags.  There is no "Paste Artwork" selection available when you right click these items in the thumbnail browser (what were you pasting to then?). Don't know why, maybe it's intended or maybe this is the bug that was referred to in the post I linked you to.

So the solution would be to repurpose one of the 7 standard tags (Genre maybe) to house the data you currently store in your custom "Game" tag and then this will work the way you want.  Or create a wishlist item that Custom Tags be able to have custom thumbnails associated if you're set on using a custom tag for it.

Thanks, I will work as-is for now and do a wishlist request

Thanks for the patience.
7

If you copy a photo in windows or in your browser (for example right click - copy image in Chrome) and then right-click on the orange highlighted item in the left panel (Final Fantasy 10 in your screenshot) and do Paste Artwork, it should paste the copied photo in place of the thumbnail it's using there.  Is this what you did?

It doesn't add a tag, it just uses the copied and pasted artwork as the thumbnail.  This is what you said in the OP you were looking to do (nothing to do with tags).

Thanks, sorry, i think I may have misspoken.

In your OP, you say "here is an example," but there's no "here" there to see.

Yes I am talking about the thumbnail browser.

Thanks, I tried to embed a photo but it didn't work, I edited in a link instead.
9

what I used = custom thumbnail site:getmusicbee.com

Well, after tested it. It only replaced everything by the pasted image, replacing everything else that was an album cover. That's wasn't my objective. I would want to add to the selected tags an associated image to show in the thumbnail browser.

I love the customizability of Musicbee, but it can be quite obtuse.

I am a Video Game Music "nerd" and I created a custom tag "Game" and Videogame "Series" I classify and group them in my left main bar with those two tags. But the thumbnail artwork chosen is quite random within the album/ song in that game.

How could I force the thumbnail to show an icon/ image of my choosing, but in the main panel, it would use the album cover.

Here is an example of the current situation. See that Final Fantasy 10 icon on the left isn't the first album, and I don't know how to change them.
https://drive.google.com/open?id=1wiEjXnZ6a9COOfIcXCh9xhVlHRQON07R
Pages: 1