Tips and Tricks / MusicBee, MediaMonkey, Sonos and the ENSEMBLE tag

« on: November 10, 2021, 08:12:07 AM »
First up, this isn't a complaint. MusicBee is the best product out there for organising music, and I use it every day. Rather this is really just a tip for anyone who runs into a similar situation because it took me a while to get to the bottom of it.

For background, my music library is nearly all FLAC, and it lives and dies on "Album Artist". If I'm not sitting in front of a PC I use Sonos for playback.

I re-scanned the library with Sonos. No change. Deliberately changed the album artist to something foolish in order to touch the timestamp on the files, changed it back. No change in Sonos.

Long story short I found that the ENSEMBLE Vorbis comment was set on the old albums, and still read "Essential Selection". I deleted these tags, rescanned with Sonos and suddenly everything was fine.

On scanning the entire library with mp3tag, filter "ensemble PRESENT", I found that the tag was set on about 14,000 files (sad face).

As best I can piece together, I used to use MediaMonkey up until about a year ago. MediaMonkey writes both the ALBUMARTIST and ENSEMBLE tags with the same value. I have no idea why. 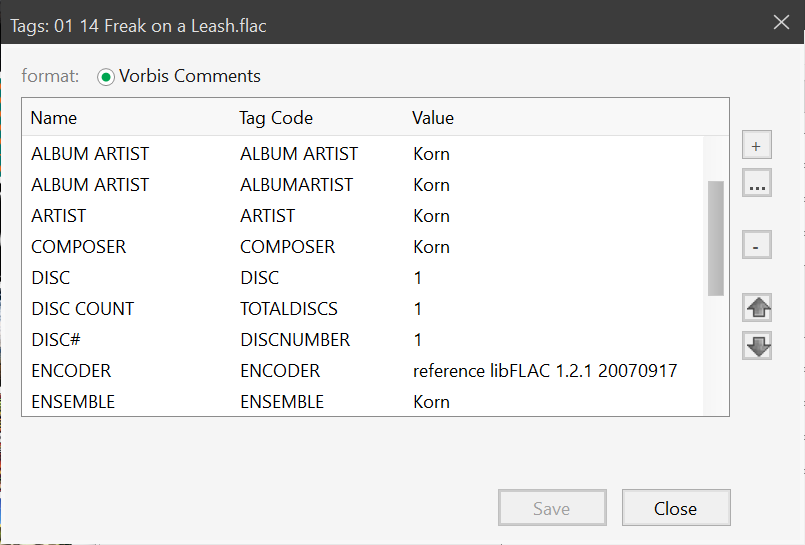 MusicBee doesn't normally touch the ENSEMBLE tag. So if you edit the Album Artist in MusicBee on a file previously touched by MediaMonkey the tag gets orphaned. Sonos not only reads the ENSEMBLE tag, but prefers it over ALBUMARTIST.

It's an easy fix to nuke the broken tags, and it's rare that I change an album artist at all, but it had me confused for a good while.
Pages: 1