« on: April 10, 2019, 03:18:15 PM »
I used libFLAC 1.3.2 to convert a 24 bit wav to flac (Standard compression, lossyWAV not enabled, no volume adjustment) in musicbee (Latest version on Microsoft Store) but the bit depth was changed to 16 bit, its sample rate remained 96 kHz. This doesn't happen when I convert from flac to flac. Please fix it soon
4

1. The first time I use that MTP sync feature in MusicBee, I tried to sync all of my library which is about 150GB to my SD card and it failed, it said my SD card is out of space. When I check, it is out of space but the sync process was not even done, and when I checked, the size all folders in the SD card was not even enough to take up over 100GB, no file or folder was hidden so I didn't know what was taking up that much space, I had to format it and copy my music library manually via Windows Explorer

2. This time, I tried to sync only 1 1.34GB album, I deleted it on my SD card right before syncing for this test, the sync preview give me no result for some reason so I right-clicked on the album and sent that album to my device. But it failed and it said "The system cannot find the path specified", and when I checked the storage of all the folders in the SD card, the used space of all folders and the SD card and are different again. The 3rd and 4th time I tried to send files via MusicBee, it still failed but no more space was taken.

The screenshots about size differences and my sync settings: https://imgur.com/a/KlTc6S3

Please give me an idea how can I fix the storage on my SD card without formatting it again. And I made sure that no file or folder is hidden. The used space is the same when I checked on my phone.
5

« on: October 15, 2018, 07:01:56 AM »
I'm using latest MusicBee Microsoft Store version and Windows 10 build 1803. Can anyone tell me how can I copy and paste files into the MusicBee folder located in C:\WindowsApps? Windows never allow me to do that even after I took ownership, got full control of that folder. And I've been trying to do this because I can't add any Theater Mode skin (zip files) in the app (View > Theater Mode > Add skin), there's no error message, the skin just doesn't show up in the Theater Mode skin list 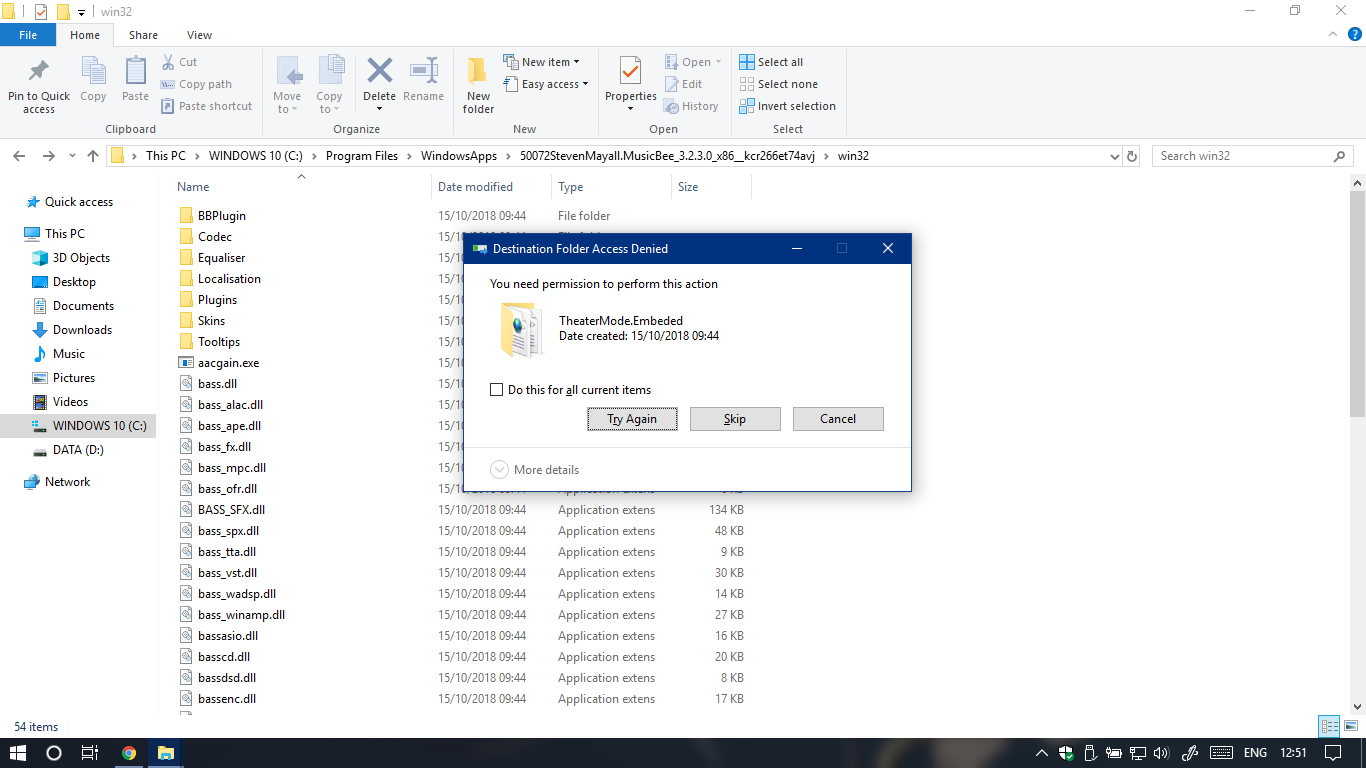 Questions / Is there more way to customize the taskbar player?

« on: August 08, 2018, 09:28:07 AM »
To be honest, its white color looks terrible and it doesn't fit my Windows Color set at all. And the Layout (2) settings don't give me more option than just showing the artwork only, leaving the artwork on a black background. So is there any more way to customize the taskbar player?
8

When I organised some albums, some of them lost their cover in MusicBee, but they were still in the file and still appeared in the editing window. After restarting MusicBee, they still didn't appear, so I have to save them again. After that I tried organising more albums but none of them lost their cover this time so I think this bug won't occur every time. I don't know if this could be fixed or not. I just think this bug needs to be reported.

A little update: I just organised ALL of my albums and none of them lost their cover, great! 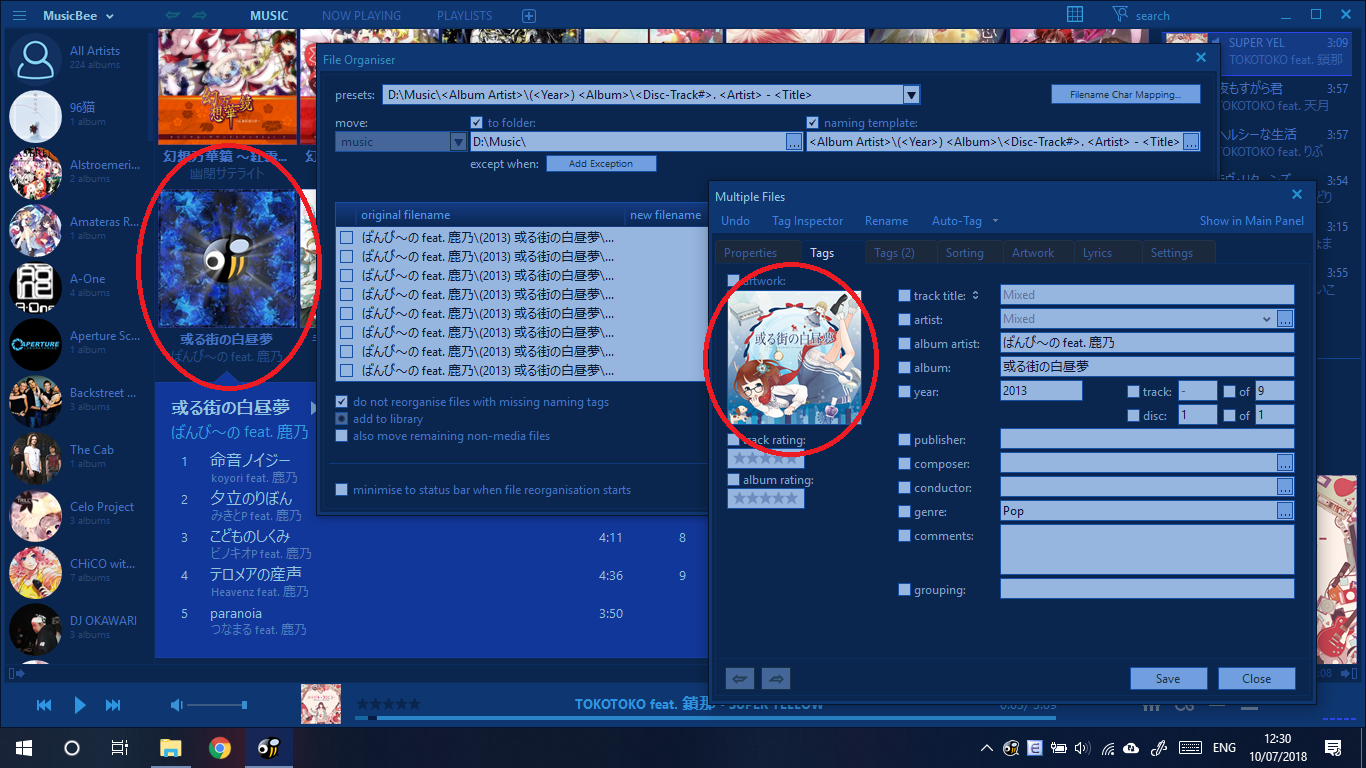 I just tried converting my .m4a ALAC files to FLAC but their embedded cover type got changed from "Front Cover" to "Other" 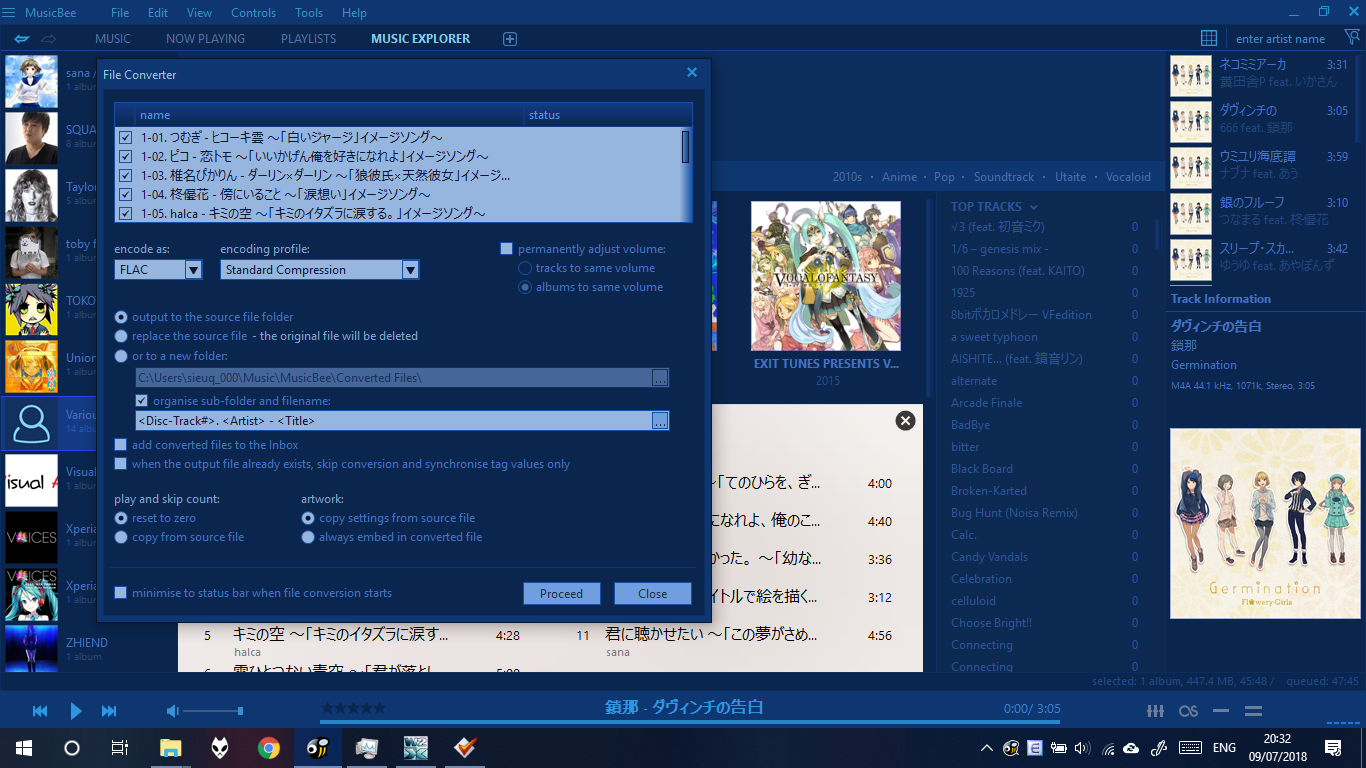 After converting, some tags can't be read by Windows Explorer anymore, but MusicBee and Mp3Tag can still read them. I don't know if it's a huge problem or not, but I think I should mention it. 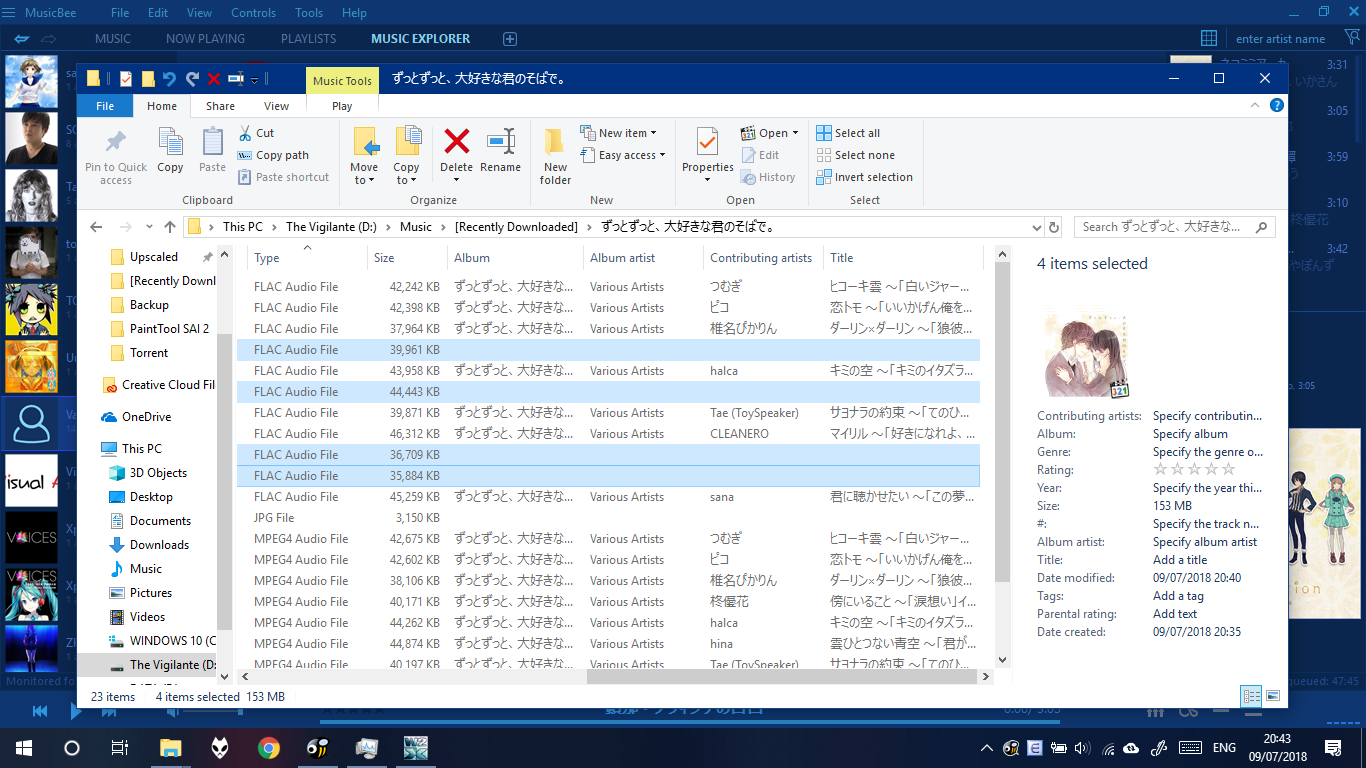 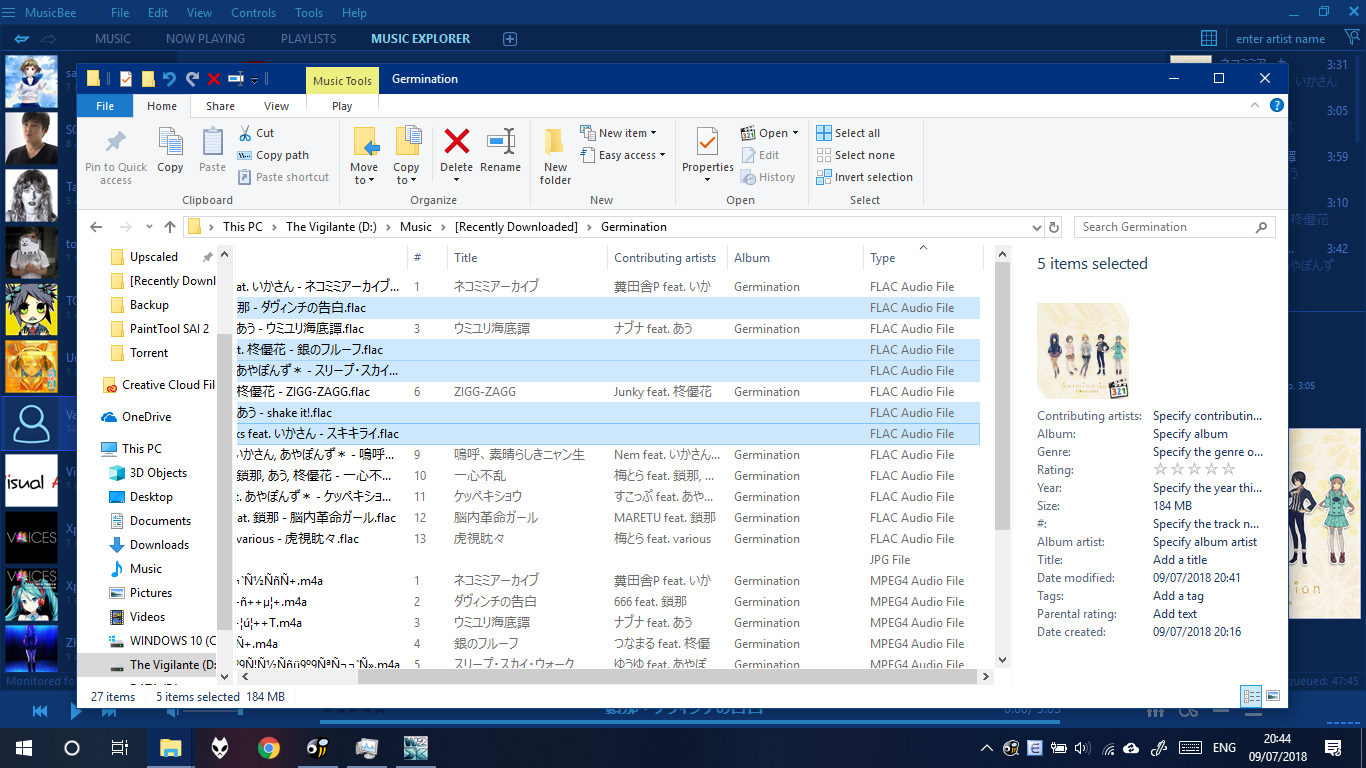 « on: July 08, 2018, 10:05:39 AM »
I'm currently using the latest Windows Store version. I tried to add theater mode by View > Theater Mode > Add skin, but I can't add any zip files, I can only add xml files and leave out all other files in the zip file. But I can still add zip files for main player skin. Please fix it soon

Update: There is no error message. The skin just doesn't show up in the Theater Mode list when I add zip file
Pages: 1