« on: July 20, 2021, 05:09:47 PM »
Is there an option somewhere in musicbee to search and move part of a tag into another tag. For example, in this screenshot would it be possible to automate moving the (Prod. By Jahosh) from the title to the composer tag

and if so, would it work similar to the search and replace function where I can select an entire album and have it move every (Prod. By XXXXX) to the composer tag. I would assume if this feature is built in it would need some string formatting to get it to do what I want as not every producer has the same number of characters in their name, I only have a basic understanding of Java but if it is possible I can try to figure it out, I just don't know where to look in Musicbee as I have only recently switched over to it.


Also for some reason when I go to my Now Playing tab which displays an embedded theatre mode it only shows me tracks on the album that have been rated, at least at first I thought it had something to do with if the tracks were rated or not as in this screenshot for Open Mike Eagles 4NML HSPTL it only displays the 3 tracks on the album I have rated while in the upcoming tracks section you can see that I have the entire album there. 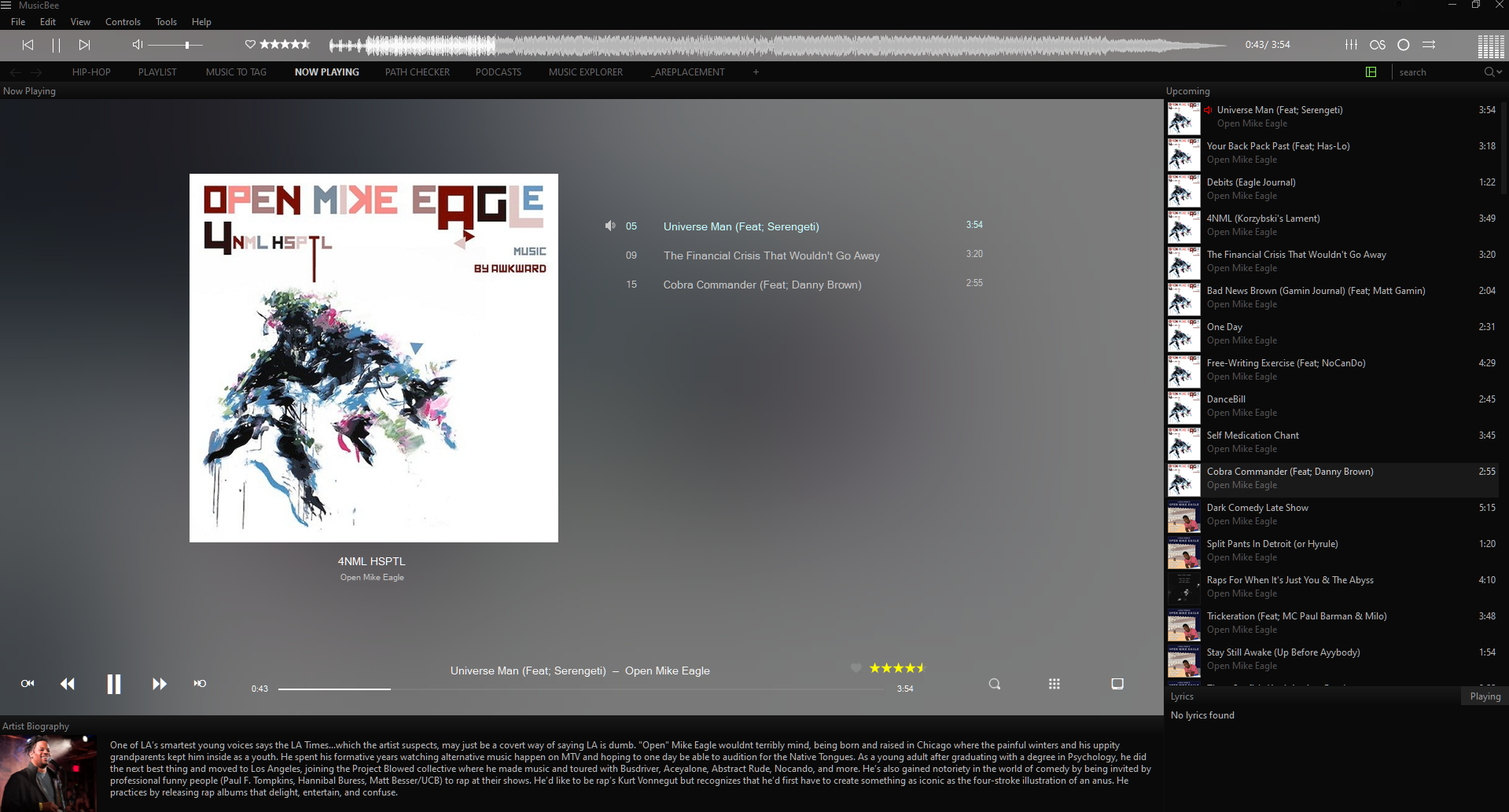 I thought cool I don't know why it only displays rated tracks but at least I found out the problem but then I saw when I play Renaissance: The Masters Series Part 19 it shows every track on the album even if nothing is rated, at the same time when I try to play a God Is An Astronaut album with no tracks rated it displays nothing. I looked through the wiki and didn't find anything to help me there, any help here would be great as it's just puzzling me why it is doing this. 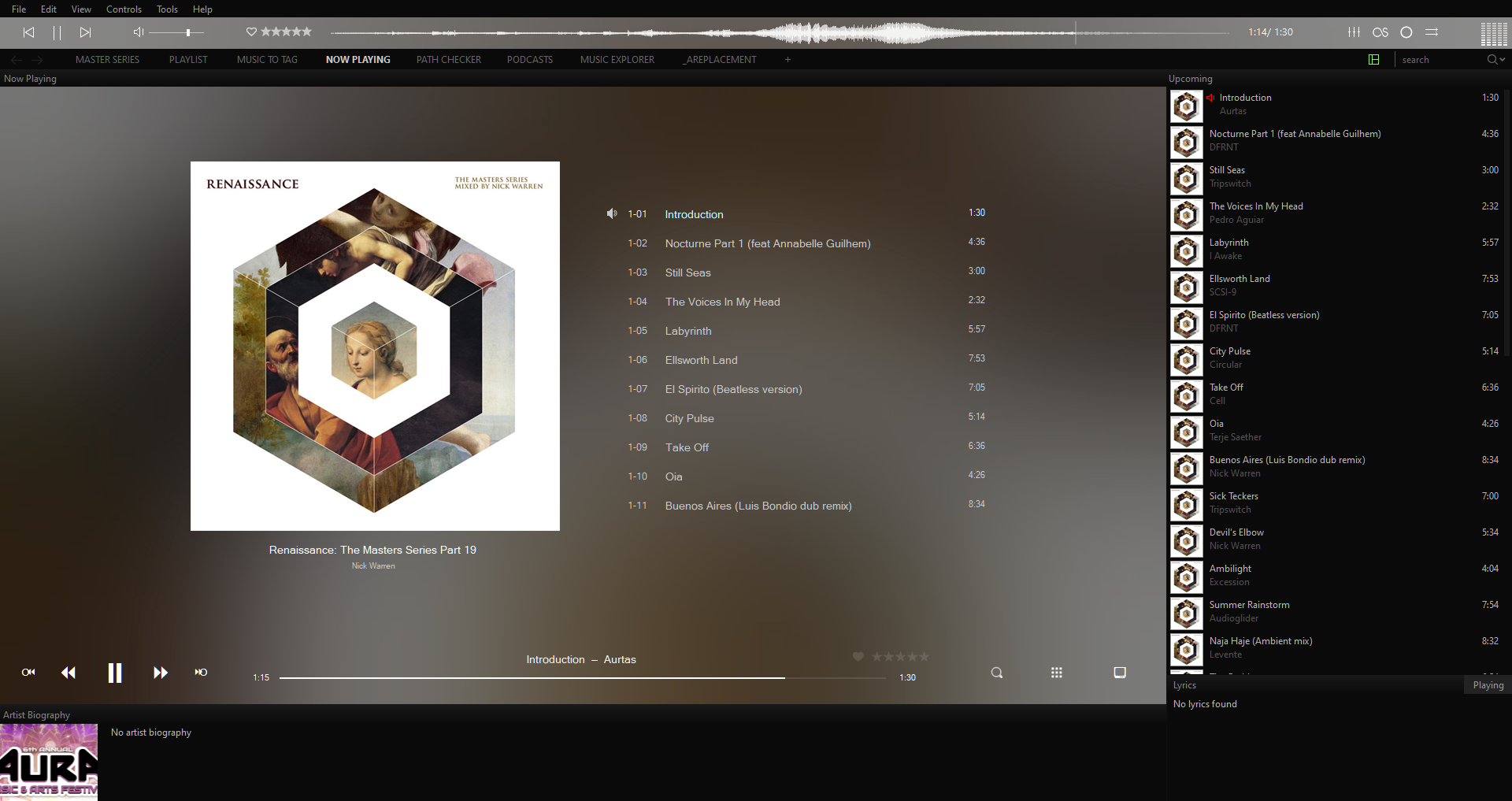 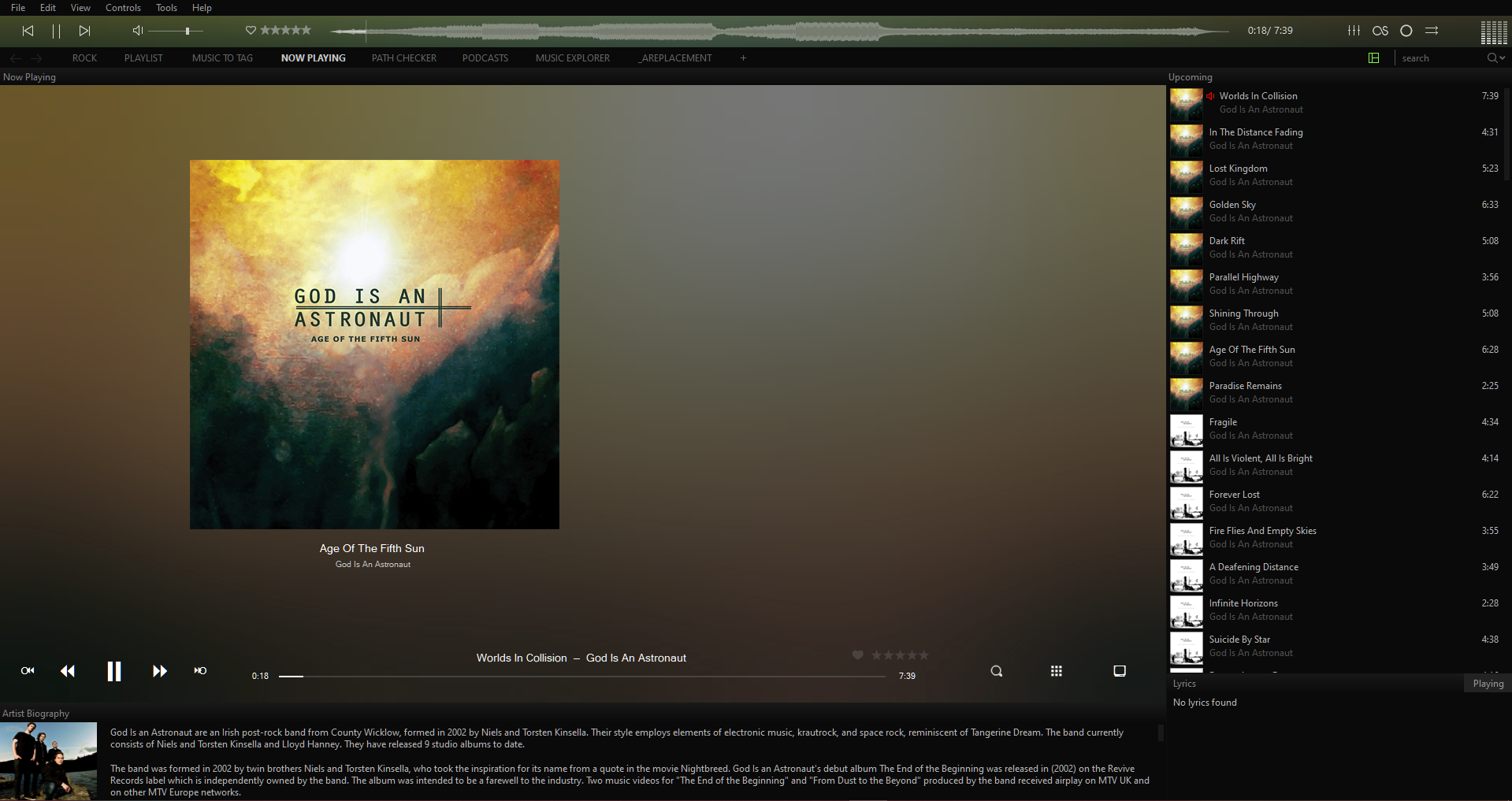